Skip to main content
It looks like you're using Internet Explorer 11 or older. This website works best with modern browsers such as the latest versions of Chrome, Firefox, Safari, and Edge. If you continue with this browser, you may see unexpected results.

This guide will assist researchers in planning for the various stages of managing their research data, implementing best practices for managing research data, and in preparing data management plans required with funding proposals. 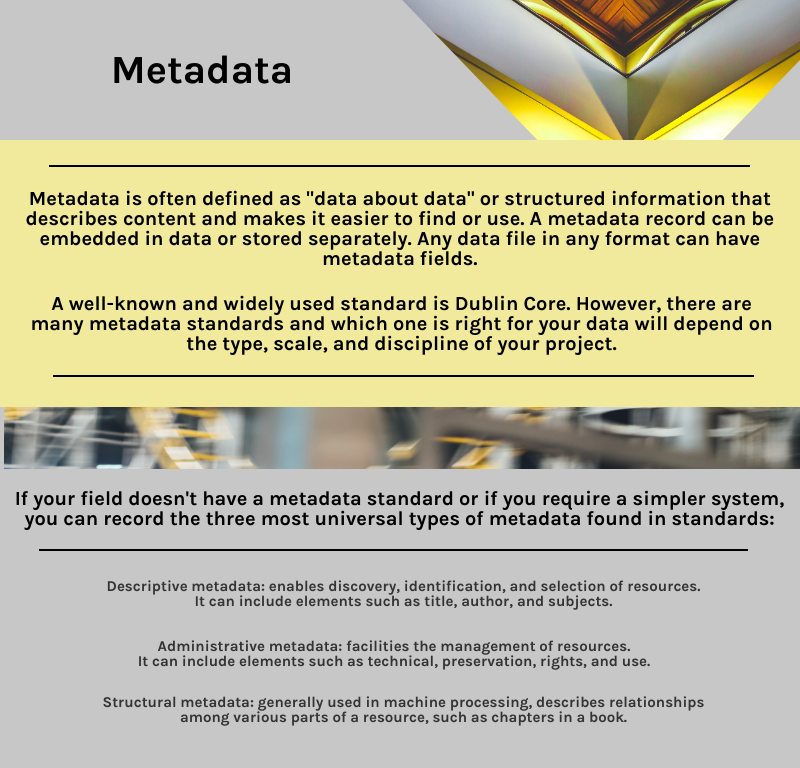 It is best practice to include a brief descriptive document (often a Readme.txt file) to help others understand your files and data. Below are some examples and tools to help you create such a document.

Metadata is often defined as "data about data" or structured information that describes content and makes it easier to find or use. A metadata record can be embedded in data or stored separately. Any data file in any format can have metadata fields.

A well-known and widely used standard is Dublin Core. However, there are many metadata standards and which one is right for your data will depend on the type, scale, and discipline of your project.

If your field doesn't have a metadata standard or if you require a simpler system, you can record the three most universal types of metadata found in standards: